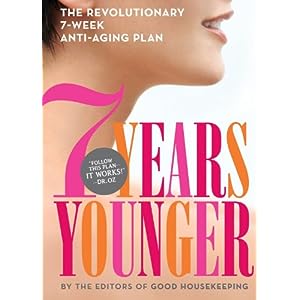 While my kids are studying their Torah portions, looking for relevant things to say in their speeches (you try to relate skin disease (the subject of their portions) to 21st century tweenagerdom!), I have no less daunting tasks:

So this week, the Great B’Nai Mitzvah Makeover began.

I started planing this weeks ago, when I began testing the exercise waters:  I took one Soul Cycle class, and one Fly Wheel class.  Soul Cycle, the darling of super-blond, super skinny , super I’m-acting-all-soulful-but-really-all-I-want-is-a-killer-butt women of a certain socioeconomic strata lost out to Fly Wheel. Mostly because it’s harder to kid yourself at FlyWheel.  At Soul Cycle, you can think you’re pushing yourself, but at Fly Wheel, there’s an actual gauge showing you how fast and how hard you’re cycling, so while you can cheat…you can’t pretend to yourself that you’re not.

So — I am now attempting to be a Fly (Wheel) Girl.  Never mind that I am a middle aged Jewish New Yorker:  I will be fly.

Tool 2 in my arsenal is The Seven Years Younger book by Good Housekeeping, which promises to make me look – well, 7 years younger in seven weeks with a combination of diet, exercise, skin care, make up tips, and plain old common sense.  Seven Years Younger extolls the virtues of daily moisturizing, weekly exfoliation, and glosses for your hair.  It’s pretty basic stuff, but in a way, that’s what makes it so appealing.  This is all the stuff you know you should be doing: working exercise into your day, paying attention to the delicate area around your eyes, eating a variety of (naturally) colorful foods, but all in one place, all in one book.

Tool 3: Good ole Weight Watchers.  For while the Good Housekeeping Book does offer a diet of sorts, it’s too open ended for me.  It strikes me as more of a maintenance, how to live after you’ve lost weight food plan, than a real diet.  Which, again, is good — but I need results.

Though the truth is, I have been following WW religiously for three weeks, and have lost a grand total of 3 pounds. Aren’t you supposed to lose more in the beginning and less later?  That means pretty soon, I’ll be weighing and measuring, and counting points, and I will be losing 1/8 pound a week.  Not fast.  Though I suppose, better than gaining.

You’ll notice I haven’t mentioned my first task:  a party that’s neither over the top nor lame. Because that’s even harder.  I’m trying, though.  Really I am. I said ix-nay to the ice sculpture depicting the onset of puberty; I turned down a performance by a c-level faded pop-star; I declined to hire the florist who proposed light up tables, mirrored flooring, and white leather everything.   Problem is, I’m awfully good at knowing what I don’t want, but not so good at knowing what I do.

So stay tuned.  I’m sure it’ll be a massive comedy of errors….I just hope I keep on laughing.