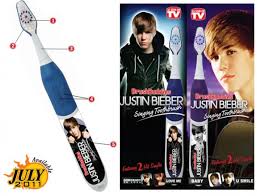 No, I don’t mean that you should hold your child’s Bar Mitzvah at CES.  That would be insane.  Unless, of course, you want an Elvis-themed, Show-Girl heavy party.  Then go for it. What I am saying, (which might make you question my  own sanity), is that CES is a great place to find things to help make your Bar Mitzvah super fabu.

And no, it’s not because I’m Bar Mitzvah obsessed (OK, well, maybe it is because of that), there really are some awesome party-tech things out there. Here’s what I found:

I do wish it had a better name – come on, Polaroid, get creative. ( I mean the Polaroid kids tablet is called….the Polaroid kids tablet) But whatever they call it,  it would be a super fun thing to have at a party.  Remember how much fun it was to see your photos magically appear from the old instant Polaroid Camera?  It still is. Maybe even more so for a generation brought up on mostly digital pictures.

This camera works with Zero Ink printing technology — the ink is in the film. (Though, come to think of it, isn’t that how instant cameras always worked???) But none of that is important — what matters is, the photos are crisp and clear, the color sharp, and they have a sticky back: Instant Memory Board from the biggest night (to date) of your kid’s life!

The Sony HDR-PJ790 – Again with the names!  Hire someone, camera companies! Clearly, technological  and naming prowess are not compatible!

ANYWAY – this camera – which one best camera of 2013 CES not only takes great videos, but let’s you project them – up to 100 inches – right from the camera, right away.

Be honest – how many videos have you taken that you’ve never, ever watched?  This camera let’s you share the videos you take at a party — right at the party.

See where I’m going with this?  A pricey ($1600) – but fabulous – addition to a party for kids raised in the age of instant digital gratification.  And since this is all fantasy shopping anyway — price is no object!

Plus, if you hire a photographer with funny backgrounds, or a green screen, and have the kids get pictures of themselves acting silly you’ll spend more.  And with the Sony InstaShow Video Camera (made up name, but at least it’s descriptive) – you’ll get them acting silly anyway, then have the camera to use again for the next event.

3. MRobo – Dancing Up A Technical Storm — Who wants to worry about scantily clad “dancers” doing

Believe it or not, I saw TWO high-tech toothbrushes at CES.  One, the Beam toothbrush and app,(whose smart and savvy founder I met at a Techlicious event during CES) comes with an app that offers real time rewards for consistent brushing.  The brush has a sensor that knows how long you brush, and relays it to the app, which keeps track. Seriously – your kid can earn movie tickets and save you money at the dentist. But at $49, it’s a bit steep for a party favor.  Though it’s a huge bargain compared to what it costs to get a cavity filled these days!

Or your kid has. If I had to listen to Justin Beiber reverberate in my head for two minutes, I don’t think I’d survive the assault!

2. Flash Drives:  Just a few of what was on offer this year — from Loony Toons to Angry Birds — something for everyone. See!  CES and Bar Mitzvah planning:  made to go together!